My Best Month Ever? 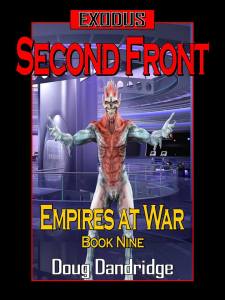 August of 2015 sales totals were 6,045 eBooks and 51 paperbacks.  Again, this does not include audiobooks.  Now this is not a record month for unit sales, and in fact has been beat by four other months.  But it exceeded May of 2014 in revenue.   I will not really know how much until the payments come in at the end of October, but I am confident it will be by a good margin.  This month also saw my first sale to Mexico, and well as record sales to Germany and France.  Germany is tied with Canada on an alternating basis for my third largest market, after the US and UK.  France is my sixth largest market, which really isn’t saying much, though I really appreciate that small cadre of diehard fans in that country.  Australia is number five, and they were a little better than their average this month, while I had no sales at Amazon Japan or Netherlands.

I also had 338,110 page views for my books that are on Kindle Select, meaning people can borrow them through the Kindle Owner’s Lending Library and Kindle Unlimited.  My books average about 360 Kindle pages, including matter at the back, and run between 100-130K words.  That came out to the equivalent of 939 books, and under this new scheme I am making more per book in this program than I was when they were paying the same for a twenty page short read as they were for a novel.  Not as good for those short story writers who could attract readers, but much better for us novelists.

So, is the point of this post to brag about how well I’m doing.  Maybe a little.   I am human, I made the dream work, and I feel like crowing it from the rooftops.  More importantly though,  I am living the dream, have made a successful career without the aid of a publisher, and am an example to others of how it can be done.  I am by no means the most successful indie published science fiction or fantasy writer out there.  I personally know of three others, Hugh Howie, Chris Nuttall, and Evan Currie.   I still need to figure out what they have done to promote themselves.  And I am sure there are others out there just as successful that I haven’t heard of, yet.

Exodus: Empires at War: Book 9: Second Front was the driving force of the success of last month, selling 4,131 eBooks and probably 20 paperbacks.  It also garnered 49 reviews in the US (thirty-nine 5*, eight 4* and a single 3*)  and 12 in the UK (eleven 5* and one 3*, and the three star’s complaint was that the series was too long.  So I guess he will continue to be disappointed in the future, because it’s going to get longer.  Currently I am working on Exodus: Machine Wars: Book 2: Bolthole, and have 71,000 words down so far.  DragonCon is coming up, and I am planning on doing a little bit of work on something or other while I am there.  Of course that may not happen, because, well, DragonCon.

I want to finish by thanking all of the people who enjoy my books and especially those who leave reviews.   I realize I am not the best writer in the world, and I am grateful that you enjoy my sometimes overly complicated plot lines and long battle scenes.  Thanks for making my dream possible.

5 comments on “My Best Month Ever?”