Posted by dougdandridge on January 4, 2017
Posted in: Uncategorized. Leave a comment

Last stop on the cruise was Grand Stirrup Cay.  The other stops were major populated islands in the Bahamas.  Grand Stirrup Cay was a private island, owned by Norwegian Cruise Lines.  I found out on this trip that another nearby island was owned by Royal Caribbean.  Last year I skipped this island.  This year I had signed up for the swimming with sting rays excursion.  It was really the only one I was interested in that fit in with my workshop schedule.  So I rode the landing craft to the island and sat in a beach lounger and waited.  There was a nice beach, the island was pretty, but besides the beach and a few places to eat and drink, there was really nothing there.  A band eventually set up and started to play, but by that time I was on my way back to the ship.  The sting rays were really cool, the crew that ran the excursion were great, and I will be putting up a blog on Sting Ray City Bahamas in the near future.  I just say here that I really enjoyed the excursion, and was very happy that I had signed up for it.

As usual classes started at 2 PM, so first I grabbed some lunch.  I really don’t remember if it was this day or the day before, but I saw Mike Resnick, his wife, and a student and spouse talking at one of the tables.  I said hello on my way by, and was invited to sit at the next table.  Again, always cool to be around Mike and hear his tales of the industry past.  Then it was class time, a three hour manuscript critique with Nancy Kress.  Now two of the students gave the same piece to critique to both Jim and Nancy.  Don’t know why.  I guess they wanted two opinions on the samples.  I gave Nancy the opening chapter of the novel I will try to sell to Baen.  Jim had critiqued chapters 2 and 3 the day before.  As always, there were a lot of good suggestions and some that had me shaking my head.  Whenever people with absolutely no experience or knowledge of the military give opinions on military scifi or fantasy, I basically file their suggestions away as calls for more detail, so those people will understand what the hell is going on.  Nancy suggested more detail in my chapter too, a good point, but one that will be difficult to implement since I will probably have to start cutting to get this thing down to the length the agent thought it should be.

After dinner, spent on the rear deck watching the islands retreat in the dark, we had the last two sessions.  The first was Sharpening Your Prose with Jack Skillinghead, followed by Jack and Mike presenting What Kind of Writer do you Want to Be (to which my answer was, a well paid one).  And then we had the closing.  I was about to go to my room and write, when Shahid asked if he could talk to me.  Can’t say what it was about, yet, and more to follow, but let’s just say it was something that got me excited. 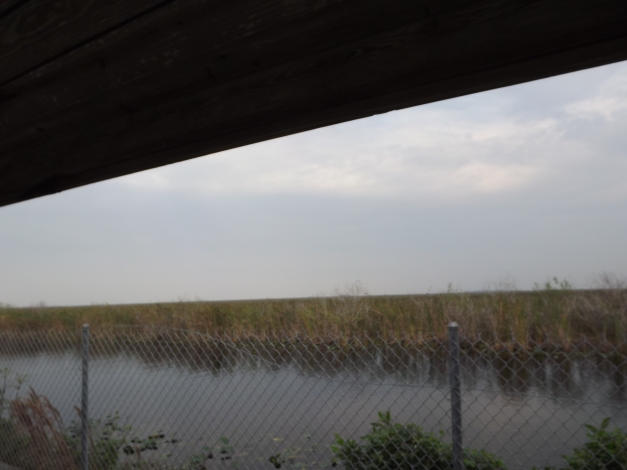 The next day, Miami.  After breakfast on the rear deck, then packing, I headed out of the ship with luggage in tow.  They will take your bags for you and you can claim it at the docking facility, if you want to wait for several hours.  I didn’t, so I headed in and to customs.  The agent closely examined my newly acquired cane, looking for insect bore holes, then let me go.  Paid for parking and I was off.  Last year I drove straight home, stopping for a couple of naps on the way.  This year I went by way of Alligator Alley, which is now I-75, but still a toll road.  I wanted to see the Everglades, and it was worth the detour.  I stopped in Venice, my old home town, for the night and had some great seafood, then headed to Tally the next day.

Sail to Success was definitely a success for me.  I talked with the people I wanted to talk with, and some terrific possibilities opened up.  Not sure if that will happen to people starting out who don’t already have a body of work, but the networking and educational opportunities are still there.  I would recommend this workshop to anyone who wants to become a better writer while learning some of the in and outs of the field.  The faculty is first rate, the ship is cool, the Bahamas beautiful, and the cost is not that much when you consider all that you are getting.  A lot of shorter workshops cost as much or more when you figure in travel and hotels.