Exodus: Machine War: Book 5: The Code is Out. 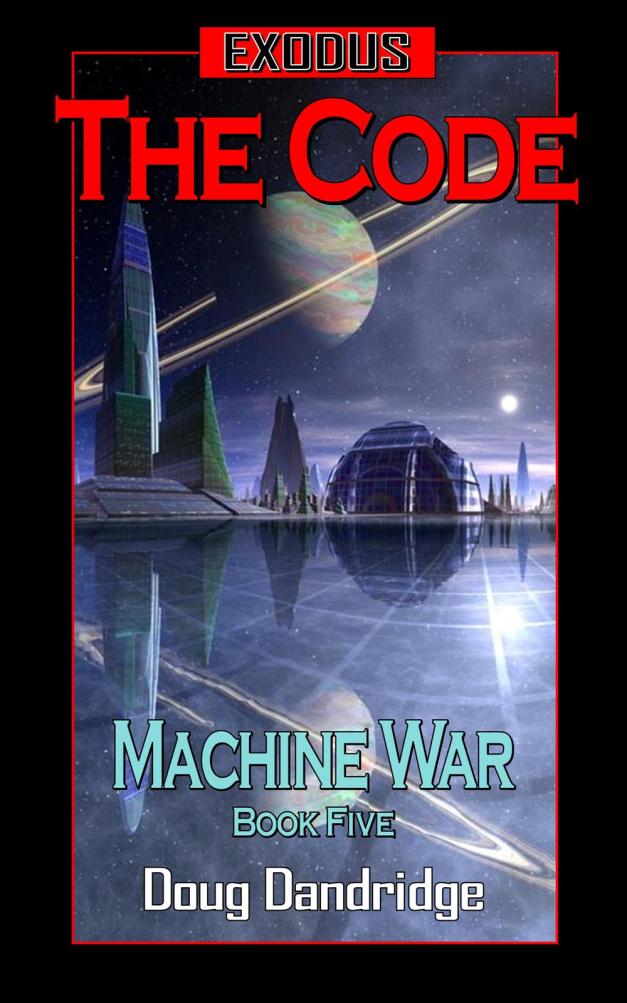 Last night, after finishing formatting Exodus: Machine War: Book 5: The Code, I went to bed, planning to put it up on Amazon in the morning. I woke at 5 AM, five hours before my normal waking time, and just had to put it up. Saving the doc as a htm, then running it through Kindlegen to make a mobi. After that I wrote the blurb, then posted it on Amazon. When I woke up at 10:30 AM (I took that extra half hour to make up for the lost sleep), it was up on Amazon. I went ahead and tweeted it to US and UK fans. That’s the good news. I’ll let people who don’t know find out for themselves what the bad news is. And then I started working on Exodus: Empires at War: Book 15 (so far untitled). Predicted release in Mid-May.

Okay, now back to this book. Unfortunately, Machine War 5 took too damn long. I started on it right after DragonCon, while I still had a lot of other projects to work on. What I really wanted to get going was Kinship War Book 2, which was already past the official deadline. Unfortunately, my editor had a series of illnesses and really couldn’t work on Kinship War. No one’s fault, and I understood why my publisher didn’t want to switch editors. As he said, a lot of editors want to completely rewrite the novel. So far this one has shown no indications of wanting to do that. Actually, the four chapters she did look at had very few changes, and what she did change was definitely an improvement. But I had a lot of trouble getting back into the Exodus Universe. I wrote sporadically, while getting numerous requests for a firm launch date. I fudged, and missed it each time. Now it is finally out, and I’m ready to write a couple of Empires at War books before adding any more projects to my to do list. Still have Kinship War, the first volume of a new post-apocalyptic series, and a military scifi novel set on Mars that I’m hoping to sell to Baen. Not all that much, lol, but I still think I can put out another EaW book by Mid-May, followed by yet another by July. We’ll see.

I will also be picking up my blogging, which has been very sporadic and infrequent the last year. I have a lot of topics I want to write on, including comics, movie critics, Manga, the lack of etiquette on the internet, and other topics of interest to the science fiction and nerd community.