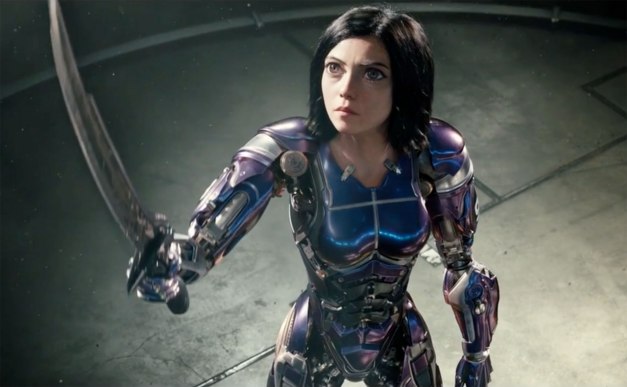 Now, I really don’t do too many blogs on movies, and then not so soon after release. I was not familiar with the Manga origins of this movie, and knew nothing about the character or mythos. I happened to see a trailer for it during Aquaman, one of my favorite DC movies along with Wonder Woman. It looked interesting, maybe something I would catch eventually, on Netflix or Blue-ray. Then, last week, I was checking out the movies at AMC, making sure I wasn’t missing any of the upcoming superhero flicks, or maybe a good scifi. The superhero movies have not been as interesting as before, and very little good scifi has been released in the last couple of months. But I saw that Alita was listed, along with three of the trailers. I watched the trailers and was sold. So I ordered up my Imax tickets and went to the show, hoping it would be entertaining.

Was it ever. More than entertaining. Mind blowing. I normally try to get writing ideas from movies, and this one filled a basket with them. I have seen a lot of movies, starting with a bunch of flicks when I was a child. The Sand Pebbles, 2001, Thunderball, all of the really bad Beatle movies. I lived for the Friday night horror movies, followed by the Saturday afternoon movies. I estimated the other day that I have seen at least five thousand movies (this doesn’t include all the TV series). Maybe ten thousand. Maybe more. I tend toward the fantastic, scifi, fantasy and horror, along with war movies. That doesn’t mean I won’t watch a romantic comedy, a straight out comedy, a police thriller, but movies about the fantastic are my bread and butter. And this is my new favorite movie. One of the best I have ever seen. I only go to Imax to see spectaculars. I saw the one on Churchhill last year, The Darkest Hour, but that was not a film I needed to see in Imax. Dunkirk was. All of the Marvel and DC movies are. And this one definitely is. I saw it on Thursday, its opening day, and went back to see it on Sunday. In fact, I’m going to see it again this Thursday, the last day it’s in Imax. And when the Blue-ray comes out it’s mine, with an extended edition to follow. Unfortunately, even though thousands of people are trying to promote the movie online, fans, not the studio, the Imax run is almost over.

So, what was it about this movie that captivated this sixty-one-year-old movie goer and lover of the fantastic? Great sets, terrific CGI, action sequences as good as any I’ve ever seen. Produced by James Cameron, known for his groundbreaking effects, and directed by Robert Rodriguez (Sin City). Three Academy Award Winners; Christof Waltz, Jennifer Connelly and Mahershali Ali, who all turned in terrific performances. But the show was stolen by Rosa Salizar, who, with the aid of CGI, played the cyborg girl Alita. She made me believe this was a naïve teenage girl who was new to this world, full of wonder and hope, who evolves into the kickass cyborg warrior she really is. A lot of people talked about the big eyes turning them off. To me it added a dimension of charm. Her facial expressions were spot on, and made the character warm, relatable, and realistic. It was not perfect, but it was so damned entertaining, with no boring spots, that I give it a 10 out of a 10. 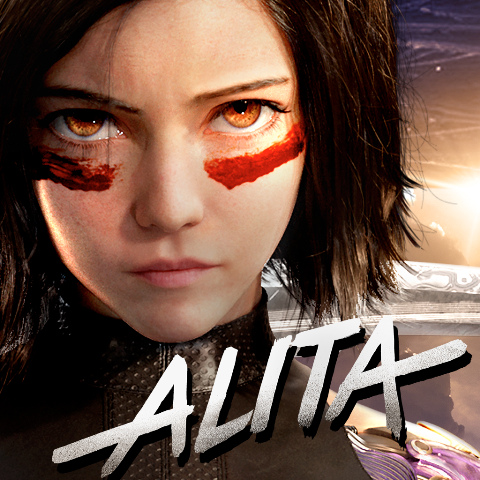 Some minor spoilers ahead: The story revolves around Doc Dyson Ido (Waltz), who finds the head and core of the cyborg in a scrap heap, with a still functioning and preserved adolescent brain. He gives her the body he had built for his deceased daughter, who was the reason he and his wife, Chiren (Connelly) had been thrown out of the skycity of Zalem by Nova (Edward Norton). Alita has no memory of what she is, until she rescues the Doc from a trio of killer cyborgs, and turns out to be a fighting machine like hasn’t been seen on this world in 300 years. There is a love interest, a new body, and a contest of a Rollerball like game in which all of the other players have been paid to kill her. As said before, the action sequences are excellent, but so are the quieter moments, the emotional times between her and Hugo, a young man determined to make it to Zalem, and Doc, her father figure. There are many other cyborgs in the city. Some just people who replaced body parts lost, or for improvements. Other Total Replacements, basically only their head and brain in a robotic body. Some of those are pretty cool, some are nightmares, but all add to the completeness of this world.

So, why am I writing this blog? The movie is not doing as good as it should in my opinion. The theater was nearly empty both times I saw it. Maybe because so few people are familiar with the source material, and are unwilling to take a chance on it like I did. Or the panning by critics in Newspapers and Rotten Tomatoes (which has a 93% audience score against 50% by that of critics). Or maybe even the YouTube critiques. Most of those are positive, though not all, but thousands of people are commenting on the negative ones that they don’t agree with the critic. I posted a positive comment on everything I could find on YouTube, Rotten Tomatoes, and IMDB. And the feedback on the positives are a wonder to behold. Thousands of them. Many are echoing my feelings that this is one of the best scifi movies ever. On the Facebook page as well. I want this movie to have a sequel. It might get one, since the worldwide first weekend was about a 143 million, but the US was only 23 million. People need to see this movie, a 200 million production.

An aside on critics. I remember years ago when Thor came out, a critic for one of the Chicago papers wrote that Thor was great when he was a fish out of water with no powers, but then they had to ruin it with those stupid super powers. He didn’t get it, and I still think most critics don’t get movies that aren’t mainstream dramas. I say if you liked the Marvel movies, even some of the DC movies, you will be blown away by this one. It was, in my opinion, better than the last couple of Avenger movies, and I loved those. I know I was blown away, and I hope to see the sequel coming out in a couple of years.

Clips from the movie.