Refuge: Book 4: Kurt’s Quest is out, and other news. 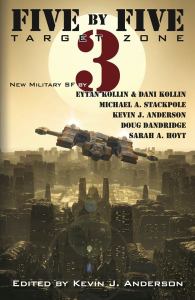 Refuge: Book 4: Kurt’s Quest is out on Amazon.  Refuge is my most popular fantasy series, more of a cross genre offering of high fantasy and military techno-thriller.  It is nowhere near as popular as my Exodus series, but I will continue on with at least one new book a year as long as I’m able.  I have enough people asking me to continue the series, and I have a lot of research, development and worldbuilding invested to keep my own interest in it.  Kurt von Mannerheim, the main protagonist, is an Immortal, a human with abilities far greater than those of any normal human, and what looks to be a limitless lifespan.  He has been prophesized to  be the savior of the world of Refuge from the evil of the Dark Gods.  A veteran of the Wehrmacht, fighting on the Russian Front in the army of Hitler, Kurt really wants nothing to do with power.  Unfortunately, the job is his, unless he wants to see this world ruled by a being even worse than the madman of twentieth century Earth.  While the armies of the alliance, humans from the American and German armies of Earth, as well as many of the native Elves and Dwarves, and the native human races, are rolling over the armies of the evil Ellala Emperor, a party of his strongest warriors, priests and assassins are on a mission to find the Crown of the Lost Gods, and artifact capable of ruling the minds of millions.  Kurt and his closest friends, the Immortal American Jackie Smith, the Physicist/Natural Mage James Drake, Garios na Gonron of the Mountain Dwarves, and Fenris Hallanta of the Ellala, must quest to stop the men of the Emperor.

Exodus: Tales of the Empire: Exploration Command is also out in time for those Christmas kindles.  Three 15,000 word novelettes covering the smartest men and women of the Fleet, Exploration Command.  In Retribution, missionaries from the Empire are found well beyond its bounds, helping to raise an alien race back from the primitive state they had been left in by rampaging pirates.  Or are they?  In Timeless, a derelict tens of millions of years old is found in orbit around a dead planet circling a dying star.  There are some indications of working machinery aboard.  But how can something that old still be functioning?  And does the secret of its operation point to a long sought after technology for the Empire?  In They Don’t Care, aliens are destroying all intelligent life within range of their homeworld.  An Exploration Command team is determined to stop them, but can they with only a pair of ships?

Finally, Five By Five 3: Target Zone, is also available on Amazon.  Featuring stories by New York Times best sellers Kevin J. Anderson and Michael A. Stackpole, as well as Prometheus Award Winners Dani and Eytan Kollin, as well as Baen Author Sarah A. Hoyt, I am proud to offer a story of the Exodus Universe among this august company.  In Goliath, a Fleet captain must find a way to defeat a Ca’cadasan Battleship two hundred and fifty times the mass of her frigate.  I loved writing this story, and think my fans will enjoy it.  And it’s only available in Five By Five 3.

Merry Christmas to all and a Happy New Year.  I look forward to the coming year, and the production of more fiction.

Exodus: Tales of the Empire: Exploration Command is coming.

Still a lot going on that is interrupting my writing.  The move is almost completed, meaning I still have some cleaning to do at the old duplex.  Still a lot to do at the new house to get it all together, but the office/library is finished, and I am starting to get some work done again.  Good thing, because the projects are starting to pile up.  I have finished my story for the Prometheus Project (more on that in the next blog), am working on the first rewrite of Kurt’s Quest, the fourth book of the Refuge series, and am getting some work in on Supernova, a spinoff Tales of the Empire book set in the Exodus Universe, also involving Exploration Command.

So, what is Exodus: Tales of the Empire: Exploration Command?  This started out as a story I submitted to Kevin J. Anderson for his Five By Five Three anthology, which is available on Amazon, Kobo, Barnes & Noble and the Baen Bookstore.  If you haven’t checked it out yet, do so.  I have another Novelette, Goliath, in that volume, and there are stories by Kevin, Michael Stackpole, Sarah Hoyt, and Prometheus Award Winners Dani and Eytan Kollin.  A great lineup, and definitely worth the price.  Fans of Exodus will only be able to read Goliath in Five By Five.  So, I had written a story about Exploration Command called Retribution.  Written in my normal style, lots of characters, lots of points of view (one reason I like writing novels more than short stories).  Kevin wanted a lot of changes made, but I decided that now that I knew what he was looking for, I would give him another tale.  And use Retribution for something else.  Of course, at that time I wasn’t sure what that would be.  I could publish it as an individual short story for 99 cents.  That’s done often, and in fact, I will be doing that with my Prometheus story.  But I really didn’t want to do that here, so I decided to write two more novelettes and package them as one book for $2.99.  Each of the stories is over fifteen thousand words, long for a short story, and what some people are calling novels (but aren’t.  Even the short novels of the 50s and 60s were 50,000 words.  Altogether the three of them just about equal one of those older novels.

The three stories all cover Exploration Command, the arm of the Fleet responsible for pushing back the boundaries of the Empire, discovering new knowledge, and, hopefully, discovering new tech that can be used in the war against the Ca’cadasans.  During the war Exploration Command is on the short end of the stick as far as resources are concerned, but it still soldiers on and performs its function.

The first story in the anthology is Retribution.  An exploration team discovers a devastated world, and human missionaries who are obstensively there to help.  Or are they?  Second up is Timeless.  A derelict ship is found in orbit around a dead planet, which itself orbits a red giant.  How long has the ship been there?  And how can something tens of millions of years old still function?  The third story, They Don’t Care, came to me after my friend Roberto Ravoni, my number one fan in Italy (maybe my only fan, though I have sold books to some other people there).  Roberto sent me a link over Facebook to the Helloween song, They Don’t Care.  He thought the song fit with the Exodus series, and I had to agree.  So what does a captain do when she discovers a number of dead alien species, and the evidence points to a single renegade species?

This my first foray into publishing shorts in an anthology form.  The success of this effort will determine whether I continue.  It will be interesting to see how these stories fare.  Next up will be a post about the Alvarium Experiment and the Prometheus Project.

Five By Five 3: Target Zone is out.

Just received notice yesterday that the anthology Five By Five 3: Target Zone is out on all the normal venues.   This includes Kindle, Kobo, Nook, Smashwords and iBooks, and it is also available on Amazon as a print book, and will be available elsewhere in tree and ink.  And the coolest thing, to this writer at least?  I’m included in this volume, with a brand new 15,000 word Exodus: Empires at War novella, Goliath, that can only be seen here.  Also included are two New York Times Bestsellers, Kevin J. Anderson (who also edited) and Michael A. Stackpole.  Rounding out the lineup is Baen author Sarah A. Hoyt and Prometheus Award Winners Eytan and Dani Kollin.  Whew, what a lineup.  Even if I was not included I would recommend this book based on the other four (actually five, but Eytan and Dani work as a team).

I encourage all of my fans, especially those of the Exodus series, to buy this book.  I am hoping that those who don’t know about Exodus will find enough in my story to look up the series and jump on board.  Goliath is not the first story I sent to Kevin for possible inclusion in this anthology.  Retribution was written in a similar style to my novels, with many characters and points of view.  Kevin wanted major changes, but I decided, now that I knew what he wanted, to give him a different story and save that one for another time.  It will be coming out in about a week with two more novellas about Exploration Command, the exploratory branch of the New Terran Empire Fleet.  Goliath deals with warriors, New Terran Empire spacers faced with an unwinnable situation when a Ca’cadasan battleship comes calling on a lightly defended system.  Commander Cynda Klerk soon finds herself facing the twenty-five million ton behemoth with the only surviving warship in the system, a ninety thousand ton frigate.  Her ship was built to patrol and screen, to fight the occasional pirate, not take on the most awe inspiring ship of the current war.  Her choices are to hide, insuring the survival of her ship and crew, but allowing the fifty thousand settlers of the one inhabitable planet in the system to perish.  Or to battle the Goliath, pitting her David against a ship that out masses hers by two hundred times.  The second choice seems like suicide, and of no help to the civilians, who will die anyway, no matter what she does.  But the Ca’cadasans, who have had problems with human ingenuity in the past, find once again that you can’t take the hairless primates for granted.  I think Goliath is an action packed tale like those my readers have come to expect in the Exodus: Empires at War novels. It has allowed me to explore the novella form, and I expect I will revisit that length of story again in the future (though, as said above, three more novella length stories will be coming out soon in one volume).

The Exodus series is doing well.  The last five books of the, so far, seven book series, have hit the top five in Space Opera and Military Sci-fi at Amazon.US, and have made it to number one at Amazon.UK in the same categories.  But, like most authors, I would like to have more readers.  I was very excited when Kevin asked me to submit to this anthology.  It was an honor for a relatively unknown.  And I hope it leads to even more opportunities down the road.  And now the links.